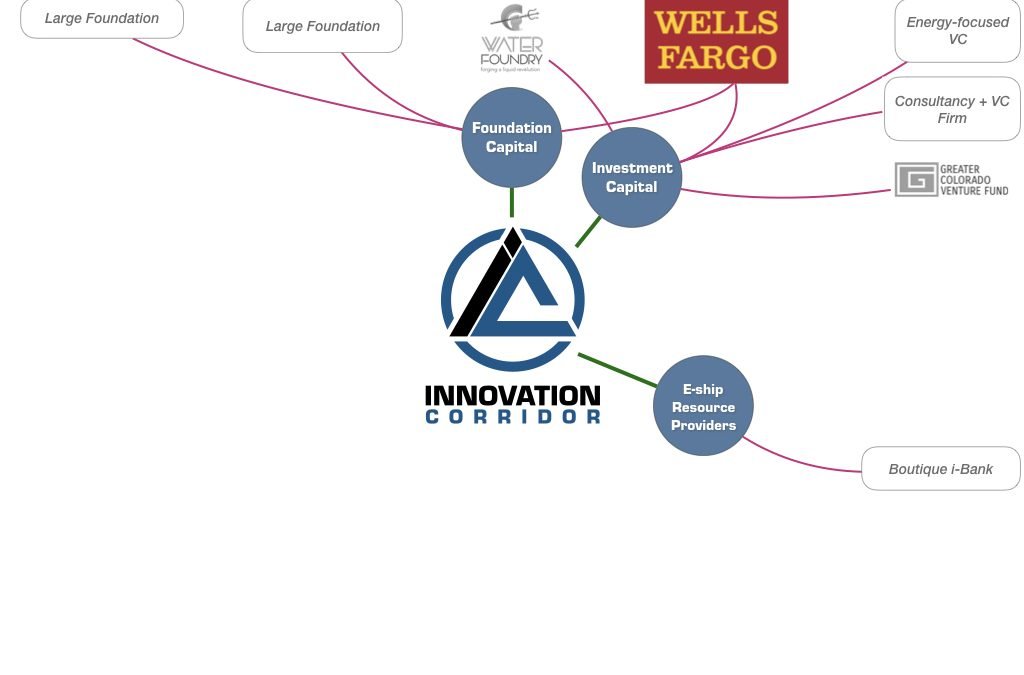 We’re exploring new models including Opportunity Zone funds based on the 2017 Tax Cuts and Jobs Act tax reform package. By providing deferral, reduction and, ultimately, elimination of capital gains taxes, the federal government has created a strong set of incentives for setting up a fund in an Opportunity Zone. Upon completion of the new World Trade Center-Denver, the Innovation Corridor will reside in this unique facility, which will be built in the Opportunity Zone that is bounded by 38th and Blake.

The Founder and CEO of the Innovation Corridor has close to six years on the Board of Directors of Colorado’s Venture Capital Authority (VCA) and now serves as the Chair of the organization. The VCA is a small seed and early stage institutional venture fund with approximately $80 million under management. A quasi-independent agency, the VCA targets investments from $250,000 to $2,000,000 and supports Colorado’s advanced industries.

The IC has enlisted the advice and support of the co-founder of a very successful corporate venture group of one of the world’s largest telecommunications companies.  This corporate venture team makes investments from $2,000,000 to $20,000,000 and has had several billion dollar exits in the fund’s decade and a half long history.